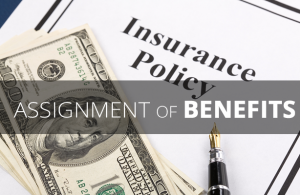 Assignment of Benefits (AOB) abuse is a fast-growing fraud scheme that is hurting Florida’s insurance consumers. While AOB is a long-established legal tool intended to allow vendors to receive prompt payment from insurers after doing emergency repair work in a home – without having to directly involve the homeowner – this process is being abused by a cottage industry of unscrupulous trial lawyers, water remediation firms and roofers. These bad actors are persuading homeowners to sign over the benefits of their insurance policies as a means for fraudulently inflating claims, filing thousands of lawsuits against insurers, and driving up attorney’s fees.

PIFF recognizes the usefulness of Assignment of Benefits but recommends legislative reforms be enacted to prevent AOB abuse from becoming a statewide consumer crisis on par with sinkhole claims abuse and PIP auto insurance fraud, which resulted in increased premiums for Floridians.

PIFF supports a change to Florida’s “one-way attorney fee” law so that businesses that sue insurance companies are required to pay their own lawyers – just like they do when they sue any other business. PIFF also supports legislation that will end referral fees between vendors; require detailed written estimates for work to be performed by a vendor; prohibit unlicensed adjusting by vendors; and put reasonable limits on how much work can be performed before the insurer is able to adjust the claim.

Visit FightFraud.Today and sign the petition to let members of the Florida Legislature know that you want to stop scams on Florida Homeowners. To learn more about how Floridians are being victimized, read their stories today. 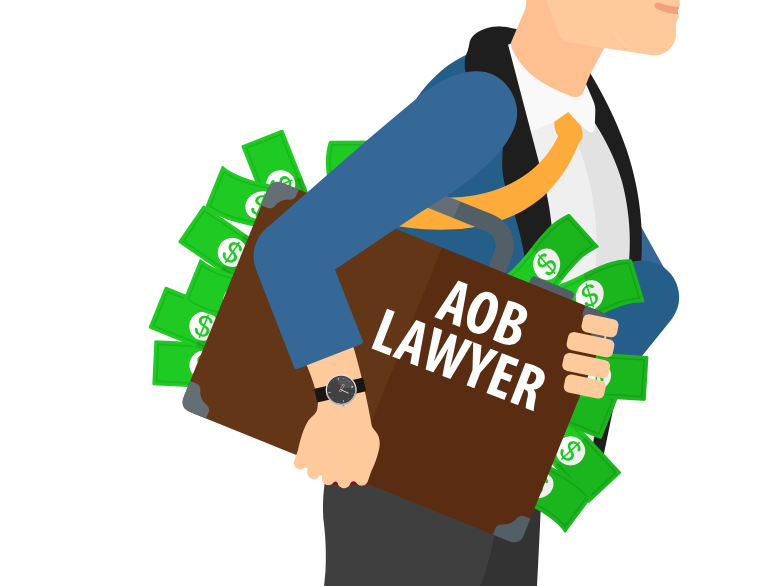 TALLAHASSEE, Fla. (March 6, 2019) — The Personal Insurance Federation of Florida (PIFF), a member of the Consumer Protection Coalition, is taking to Tallahassee airwaves to help explain the issue of assignment of benefits (AOB) abuse. The group is running radio ads on Tallahassee’s WFLA station to explain the need for reform. The 60-second ad…

END_OF_DOCUMENT_TOKEN_TO_BE_REPLACED

Roofing company accused of being paid thousands, but not doing the work

Tuesday, May 8th 2018 by Deirnesa Jefferson Gainesville, Fla. — A local roofing company is accused of being paid thousands of dollars for work, but leaving home owners with unfinished roofs. “Every time I got well they’re backed up, they’re waiting on such on such… There was always some kind of excuse.” When Rachel Tate…

END_OF_DOCUMENT_TOKEN_TO_BE_REPLACED

Approval of rate increases for Citizens insurance customers underscores need for Assignment of Benefits (AOB) reform TALLAHASSEE (Dec. 7, 2017) – This week’s approval of rate increases for policyholders in Citizens Property Insurance Corp. shows that Assignment of Benefits abuse is having a direct pocketbook impact on Florida families and is another clear indication that…

END_OF_DOCUMENT_TOKEN_TO_BE_REPLACED

Ron Hurtibise, Contact Reporter November 14, 2017   Attorneys fees would be more difficult for “bad actor” water restoration companies and their attorneys to collect from insurance companies under a bill advanced Tuesday by the state House Judiciary Committee. The committee voted 13-5 to advance the bill to the full House despite concerns by some…

END_OF_DOCUMENT_TOKEN_TO_BE_REPLACED

November 7, 2017 Insurance Journal   The Florida Chamber of Commerce brought together regulators, lawmakers, insurance industry executives and other stakeholders last week for the chamber’s annual insurance summit. Through several panel discussions on pressing and emerging issues facing the state’s insurance market, the summit touched on everything from recent cases expected to raise workers’…

END_OF_DOCUMENT_TOKEN_TO_BE_REPLACED

TALLAHASSEE, Fla. (Oct. 24, 2017) – Legislative meetings about Assignment of Benefits underscored the need for comprehensive reform to end abusive AOB practices that are driving up the cost of property insurance and threatening the affordability of home ownership for many Floridians, the Consumer Protection Coalition said today.   Members of the Senate Banking and…

END_OF_DOCUMENT_TOKEN_TO_BE_REPLACED

The state senator discussed what will be happening in the upcoming legislative session.

PortOrangeObserver.com By: Nichole Osinski, Staff Writer Hurricane Irma not only brought destruction, but according to Florida State Senator Dorothy L. Hukill, it is bringing changes. On Friday, Oct. 20, at the Riverside Pavilion, Hukill discussed the aftermath of the hurricane and new bills that will be filed in the upcoming legislative session. According to Hukill, the most recent…